Jumper Bee Entertainment > Blog > Parties > Party Organizer vs Coordinator vs Planner: Which Should You Hire? 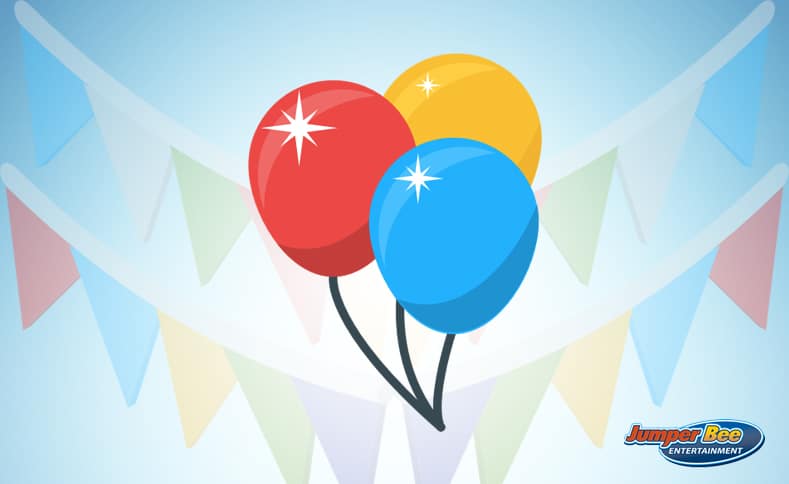 Most of the time, when people talk about planning a party or other event, they talk about the differences between doing it themselves and hiring someone to do it for them. That someone they hire, though, is referred to by many names. The event planner, the party organizer, the event coordinator, the party manager; there are a lot of different terms, but they seem to all be used mostly interchangeably.

So what’s the difference between them, if there is a difference at all?

The Issue of Muddy Waters

We believe that there is a difference between different kinds of party planners, coordinators, and organizers. However, before getting into our description and definition of each, we have to acknowledge that not everyone shares these definitions.

Within the event planning industry, there are a lot of people working more or less for themselves. Planning an event doesn’t necessarily require a whole large business; rather, an enterprising entrepreneur can build up a contact list and gain the experience necessary to plan successful events. 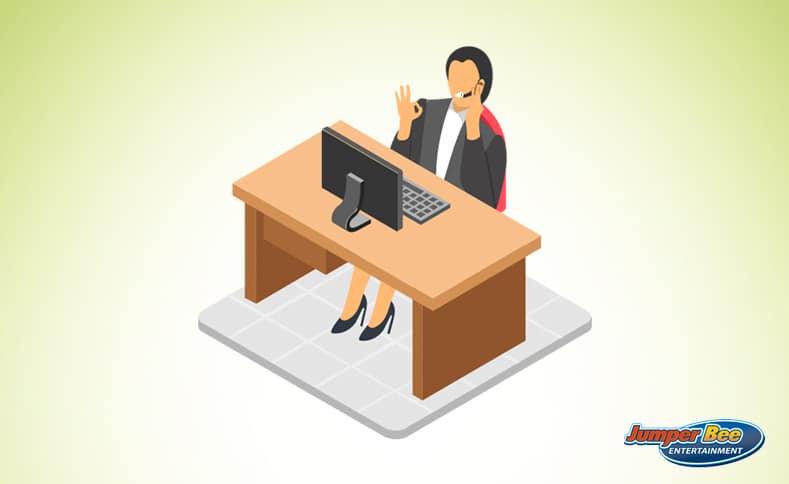 Since this is an industry full of individuals with little in the way of mentorship, apprenticeship, training, certification, or other oversight, there’s no regulation on the various terms people can use to describe themselves and their businesses.

This means that some people might be party planners but are really fulfilling the role of organizers, and organizers might be playing the part of coordinators. There’s no one to tell them that the term they’re using is incorrect, and really, it’s not incorrect. All three roles are so closely intertwined that it can be difficult to define the differences.

What this all means is that you may read our definitions below, but you may also be able to find examples of people who don’t fit the role the way we define it. That’s fine; it just means that, despite our definitions, you’re still going to need to find someone who does what you want them to do.

So, if you’re looking for someone to plan, coordinate, manage, organize, or otherwise assist with the creation of a party, the first thing you need to do is determine what level of responsibility you want them to have. The second thing to do is find someone who handles that responsibility. Most such people will take on less complete roles than they normally do, but many will balk at the idea of doing more outside of their usual boundaries. That’s why setting expectations is important.

First of all, all three roles have the same core functionality of “planning a party from the ground up.” The actual difference in definition of each role tends to be a matter of scope and detail.

There are generally only two different roles in event management; the planner and the coordinator. 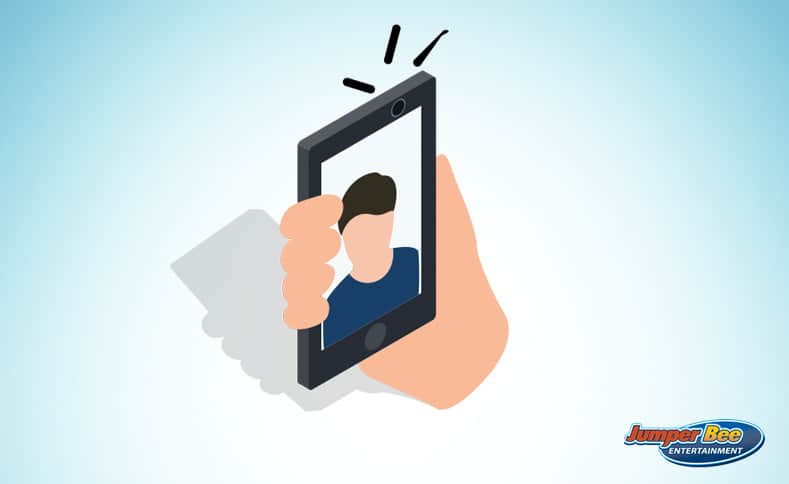 What about event organizers? Or event managers? These are just other terms for one of the two main roles. Some people prefer to use one term or another because of regional connotations, for example. We’ll mention more about that later.

First, let’s take a look at the deeper definitions of each role.

The Role of the Party Planner

The party planner is the person who does the high-level setup for a party. They’re the person or organization you meet with to plan an event when you have nothing more than an idea or a goal. If you want to, say, plan a retirement party, a birthday party, a wedding reception, or a holiday party, but you don’t know what to do beyond that, you find a party planner.

The party planner takes your vision and helps you put the pieces together. They help you determine details that are most relevant to the party, such as the age ranges that will be present, the number of people, and whether the venue will be indoor or outdoor. You don’t necessarily want to book a bounce house for a retirement party, right? Some things that a party planner will find important and will discuss with you include:

Party planners can work with parties of all sizes. Some of them will specialize in certain kinds of parties, such as a wedding planner. Others will specialize in smaller events, or larger events. You’ll often find freelance, individual party planners who take on small events, but don’t have the resources to manage large events. Conversely, the planners who handle large parties tend to be companies with a lot of connections, insurance, resources, and employees necessary to manage and coordinate the various aspects of a party as it proceeds.

Many party planners handle the, well, planning, without actually getting into the details. Some will help you plan the overall party you want to throw, but will provide you with contact information for equipment rentals and setup rather than handling it all themselves. Others, of course, are full-service and will handle everything from planning to execution.

Party planners are the top dogs at larger organizations as well. You can think of them like managers, coming up with the higher-level overall strategies, building lists of necessary resources, and maintaining contacts with the people who can provide what the planning organization can’t themselves.

The Role of the Party Coordinator 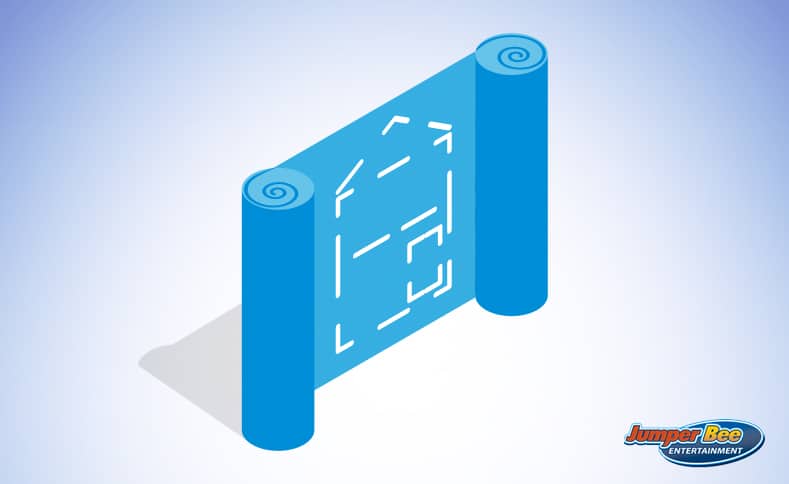 So where does a party coordinator fit into this? Well, they aren’t typically involved in the overall planning. Instead, the party coordinator is the person who shows up the day of the party and starts setting everything up. They’re the ones that handle all the details the planner put together. They coordinate different teams who might be handling different aspects of a party.

For example, the party coordinator might be responsible for making sure the team that sets up a bounce house or a carnival ride is there on time, has the space and direction to get their equipment in place, and makes sure it’s all safe. At the same time, they’re making sure the company handling catering has orders in place and is prepared to bring food and refreshments at the appropriate times.

Since a party coordinator tends to have a more active, more stressful, and more mobile role, they also tend to be lower on the totem pole in companies that handle both kinds of organization.

The planner is the one that decides, along with the client, what is going to go on at the party. The coordinator is the one who makes the calls to companies to arrange equipment, catering, and entertainment. They’re the one that manages the disparate teams on the day of the event.

Most importantly, the party coordinator is the person who is responsible for addressing any problems as they arise. If a company has to cancel at the last minute, the coordinator is the person who makes the calls to find a replacement. If a machine breaks down, they’re the ones who inform the people who can repair it, and who help provide an alternative if a repair can’t be made.

Coordinators often work in teams or with assistants of their own. Since they’re managing potentially dozens or hundreds of different aspects of a party at once, they need to delegate work or assign tasks to people who can get things done for them.

Meanwhile, the planner is off planning another party with another client, keeping business flowing. While the planner is ensuring future business, the coordinator is the one making sure customers are satisfied, parties are executed without a hitch, and that everything goes according to plan.

Working as a party or event coordinator is generally the first step towards building a career in event planning. Getting the boots on the ground experience is important to learn what works and what doesn’t for different kinds of parties, what kinds of problems tend to come up, and so on. It’s also a good way to build contacts, both for companies they can work with as a planner later, and for clients they can turn into repeat customers.

What About Organizers or Managers?

You’ve probably come across other terms, like party organizers or party managers. Most of the time, these are just synonyms of one of the two roles above.

Generally, a party or event organizer is just a party coordinator with a different name. They’re the ones at the venue, organizing different groups and making sure the party runs smoothly. However, some party planners call themselves organizers, because they’re organizing the entertainment and other plans that come to fruition.

Likewise, event managers are often using the word “manager” euphemistically, to reference manager-level roles in a company, when they’re taking the party planner role. At the same time, some organizations use “manager” to mean the people who are managing individual teams during a party, aka the coordinator role.

This is why the terms are so often conflicting or difficult to describe; people tend to use the terminology interchangeably. At the same time, if you come to a large organization that handles every aspect of party organization, including both planning and coordinating, it’s possible that you never learn the specific roles of each person you work with. You just have the person who plans the party, the people who run the party, and the people who provide services for the party, all with their own distinct terms and roles.

Which Should You Choose?

Determining what level of organizer you want to work with is a big part of choosing a party planning company.

If you want to talk with a company that will help you plan a party from the ground up, and will implement it from start to finish, you want a total event organizer. That’s the kind of work we do.

If you want to talk with someone to plan a party, but do the legwork to run it yourself, you want a party planner. They can often hook you up with contact information for companies to contact for entertainment and catering, and can provide you with a plan without needing to do the implementation themselves.

If you have a party all planned out, but you need someone to do the legwork and get the contacts for entertainment and so on, you want a coordinator. They can take your overall plan and make it a reality, but aren’t as likely to be able to make the plan themselves.

It all comes down to what you need and what you can do yourself. Figure that out, and you can figure out who to contact to make your party a success.